You are using an out of date browser. It may not display this or other websites correctly.
You should upgrade or use an alternative browser.
A

CT-6547 “Jaws”
Hair Color: Dirty Blonde
Battalion/Legion: 501st
Squadron: Apex
Designation In Squad: Aqua 1-3
The First:
A shiny that has had the worst luck with wildlife, 6547 had first started as a member in a small unit under the 501st Legion. His first deployment was on Mon Vilma, a rocky desert planet taken over by a massive CIS compound. He always got along with his fellow squadmates and would later make friends with men in the 442nd Siege Battalion, it was a bloody siege with many horrific deaths from his comrades, but this was from the Jedi General assigned to the siege…General Pong Krell. Having Krell be the cause of his brothers' terrible fates, Krell began to lecture the men after the planet fell into Republic Control to which Jaws had been one of the first clones to ever stand up to the cruel four-armed jedi. This ultimately ended in Jaws trying to attack the jedi and him being thrown into the metal wall, near denting in. The trooper was pardoned, and the Jedi General had been placed on a small LOA, however this sparked a hatred for Jedi in 6547’s eyes, despite him respecting General Shaak Ti later on during his ARC training.

Wildlife:
Several instances occurred where Jaws, out of all of his comrades, would get the worst of it when it came to local animals. Herbivores and friendlier animals were usually attached to him very quickly, but Carnivorous and hostile animals always had him first on the list. A small deployment on Felucia would be one of his worst experiences but also his luckiest. This deployment could be recalled in other mission logs as when a jedi padawan refused orders from General Skywalker and almost got flanked. In a different sector, Jaws along with his unit were getting decimated by not only droids, but herds of Ackley's and vicious plants with teeth. 6547 was always first on their menu for some odd reason however he with what was left of his group managed to escape without severe injuries, Jaws had lost his backpack and weapon to an Ackley and his helmet to a plant with rows of teeth. This was one deployment of many that would end in the trooper being attacked by vicious animals.

ARC:
On a patrol in the Outerim on Mos Mesric, Jaws had shown determined, and sheer will power to save his squadmates despite suffering injuries from two tall humanoid and very skilled assassins working for the CIS, one being a Karkaradon and one being a Trandoshan. Both squadmates were dragged to safety by 6547 after he had sustained many deep cuts from the Trandoshan and his arm being mangled by the sharp teeth of the Karkaradon. Overall, he pulled through and managed to kill both with a Vibro Knife. As he went to Kamino for ARC training this is where Shaak Ti showed care towards him and all the other clones, it is also when they determined his name be Jaws after his incident on patrol. Jaws grew a great friendship with the cadets as he had to train alongside them so he could heal his arm. 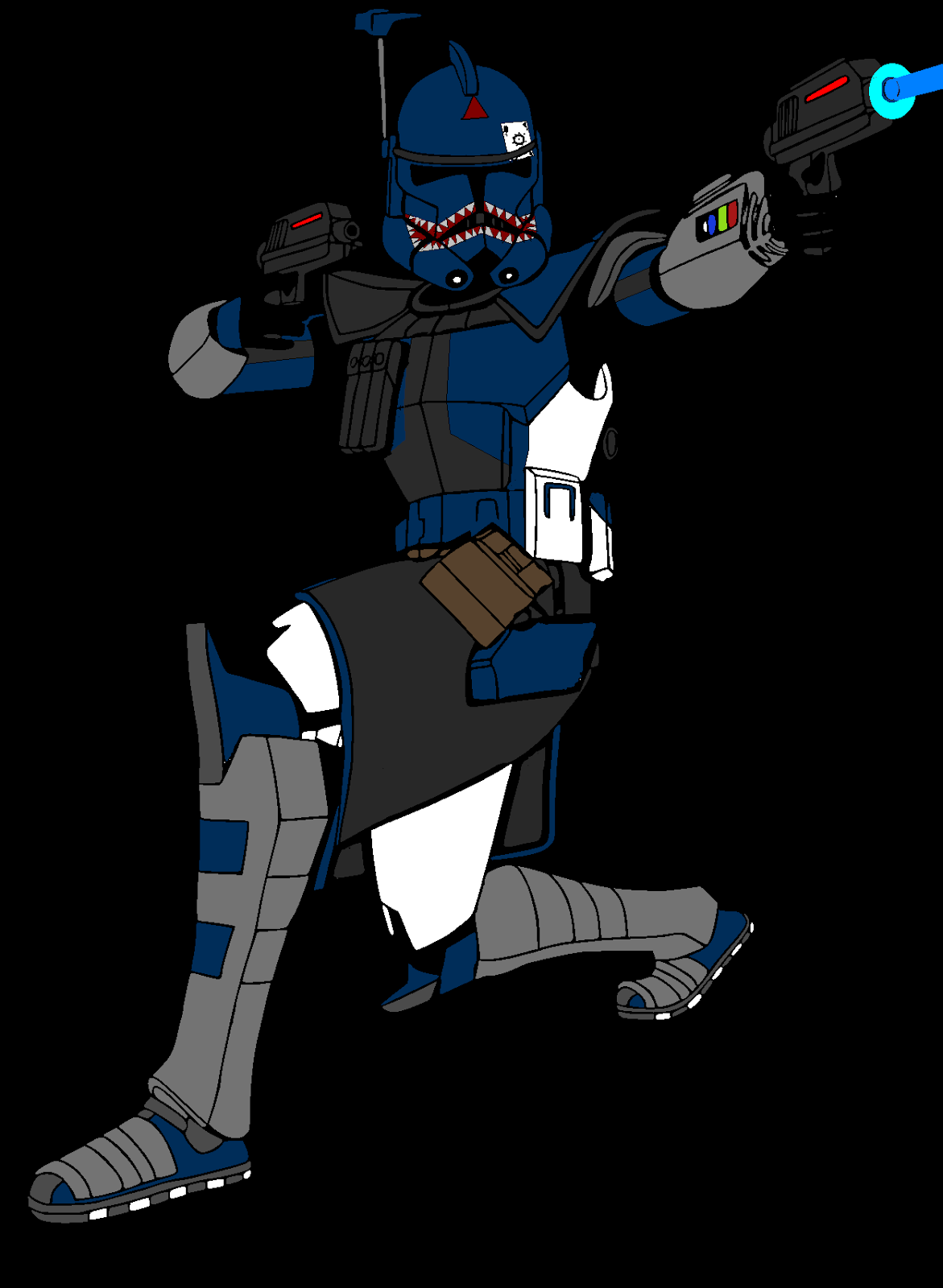 Blood in the Water:
The Great Water War had started, and the Republic were losing to Rif Tamson and his mass of Aqua Droids and Quarren Allies. Jaws was sent to reinforce with a small unit of ARC as well as the Gungan army on the planet of Mon Cala. Towards the end of the Water Wars when the Quarren joined the Republic in the fight against the droids, Tamson had let loose his best Karkaradon Warriors into the waters, where Jaws had been victim to an attack. The Karkaradon had ripped open his Suba Suit and punctured his skin and flesh, ripping it from his side, the blood only attracted other Karkarodon warriors, but thanks to the other ARC and some Quarren, he had been saved and quickly medevac'd. The wound left a triangle shaped bite mark in his side, and soon he would be transferred to a group of join ops clones, known as the Burstlink. 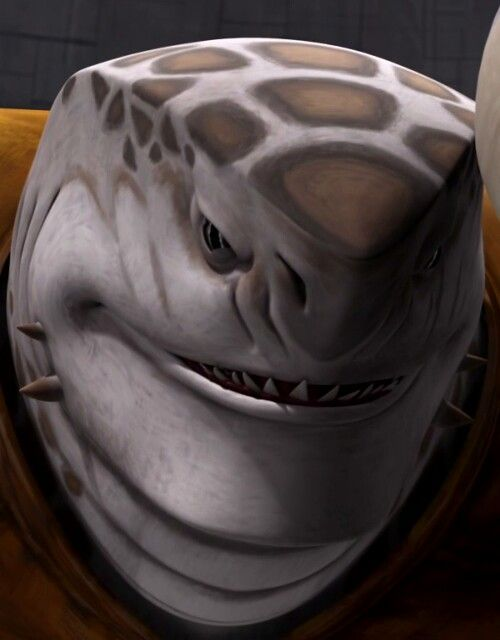 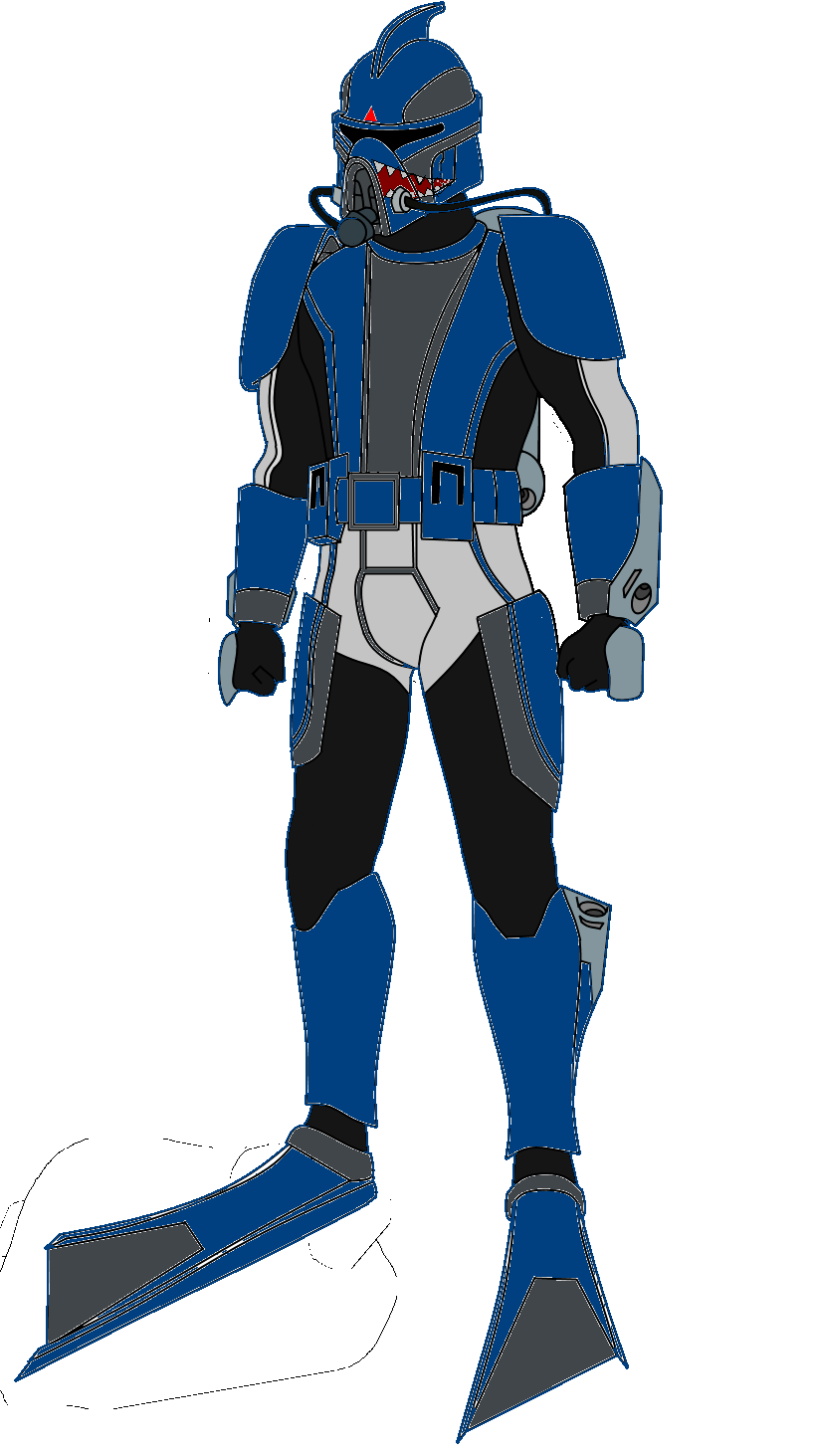 Vardos:
Jaws was sent to the Burstlink for healing under the command of the 501st lead known as Acapella While there he had heard of Pong Krell's execution and was relieved. Vardos being a very boring planet, Jaws was irritated, but soon things went bad. the missions they did have he wasn't fond of the jedi he was with and would often make snarky remarks towards them but later on after a group of Mando’s broke into the base and some Jedi help, he became fond of some but still despised others. They would soon be transferred to an old venator.

Kidnapped:
Weeks later, Jaws was ready to rejoin his old unit and leave the Burstlink for good, however he wanted to put an evil CIS Doctor who turned his brothers into droids behind bars or into the ground before he left as the Burstlink was actively hunting him. In this mission, the Doctor was not in his castle, and it ended with multiple CIS, and Jaws had been friendly fired but an LAAT due to a danger close order, and the CIS dragged him off. Crimace and surprisingly a Karkaradon Officer staged a rescue of the trooper before he would be horrifically turned into a droid. In this time Jaws had been tortured but did not break, he had machines rip into his body, drills in his eye socket, and was deemed ready to become an AB2. But a second before the process started, he could hear glass break and his brothers speaking, he had been saved.


Surgery:
There was no saving his eye, and there was a weird box that was attached to his head, the Medics being unsure of what it is. After surgery, the box remained and Jaws has been acting a little bit like a droid with flashes of memory as well as suffering from short term memory loss, nobody has done anything about it yet as it seems Jaws has returned to normal…After surgery Jaws had decided that Burstlink is the closest thing he has ever had to family, despite the jedi who still have yet proven themselves to be trustworthy. 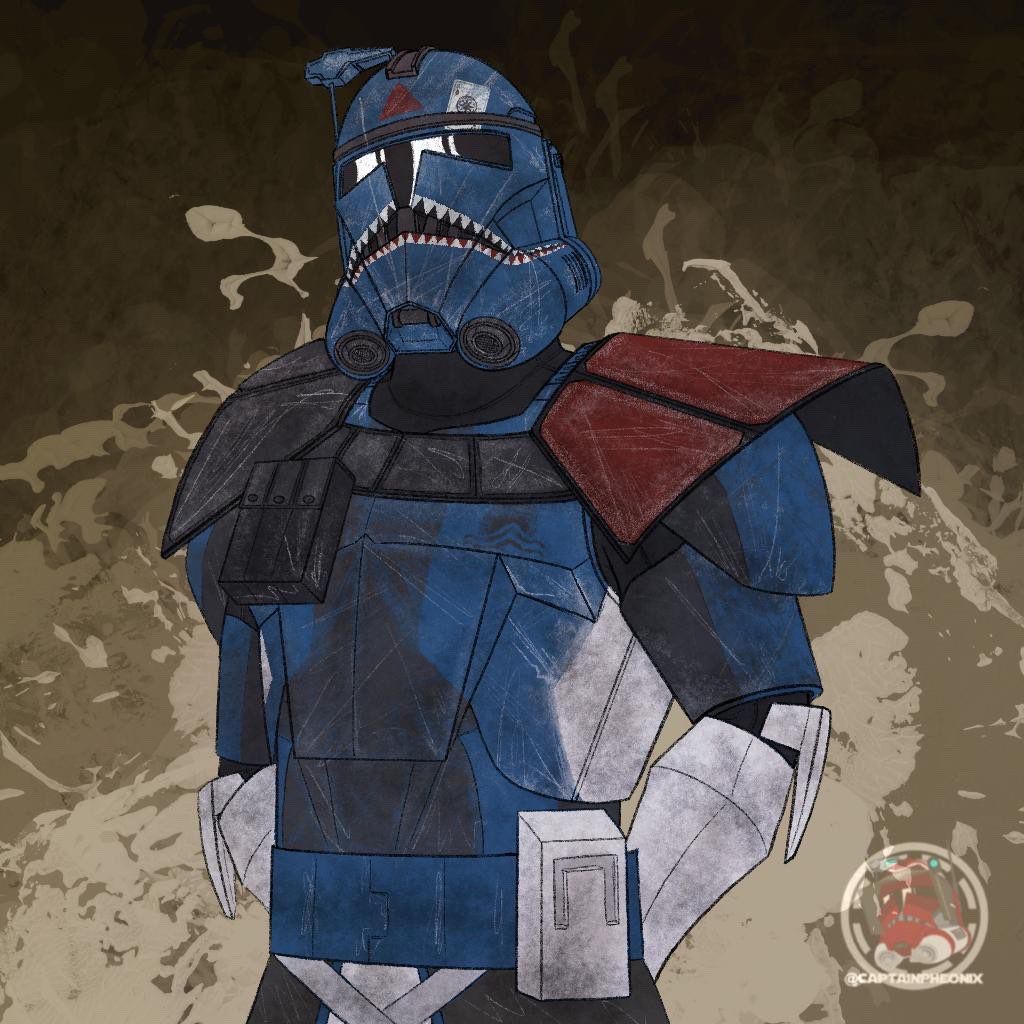 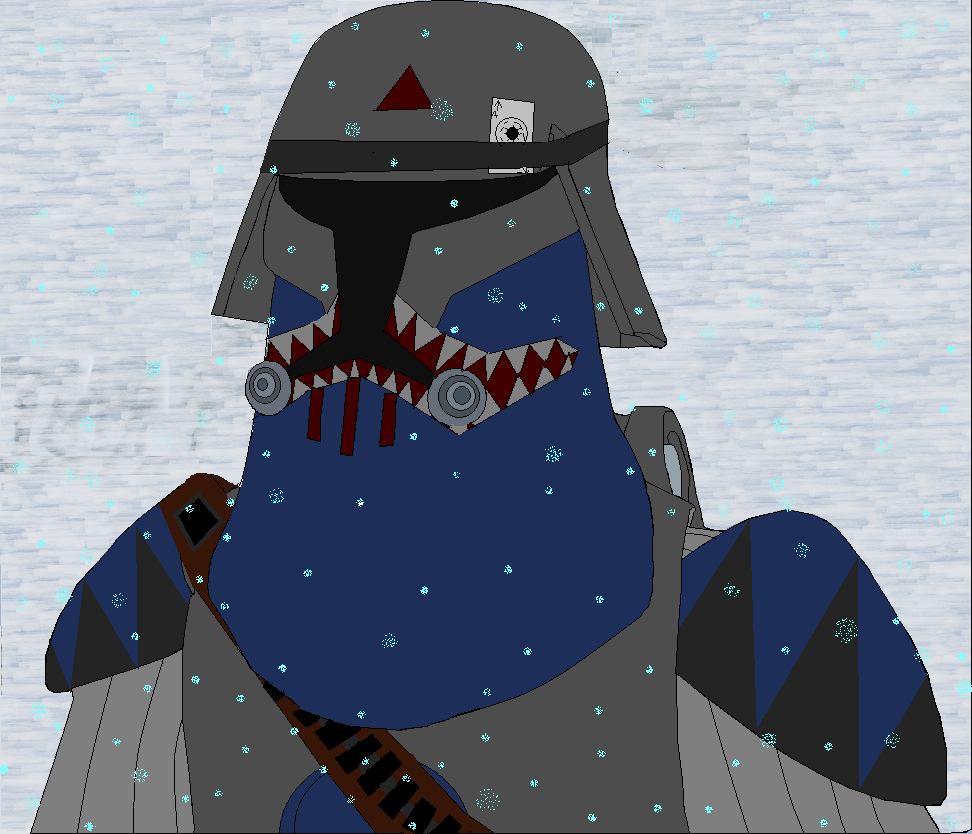